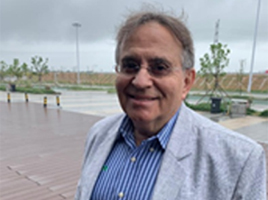 Graduated with a degree in Industrial Pharmacy from the School of Pharmacy of Federal University of Rio de Janeiro, Brazil. Complementary studies in Tableting Technology from various courses, including from the University of Maryland. Background of more than three decades in the development of excipients designed to deliver drugs efficiently into the organisms. Specialized in the manufacturing of starch and cellulose derivatives used as excipients and its applications in immediate and control release tablets, tablet coating, and suspensions. Vice President of  Technical and Commercial Services at Sigachi, where participates in the assistance to customers and various projects in the development of new excipients. Active in international excipient consulting services.
Vice President of Technical Services at Blanver, a pharmaceutical group from São Paulo, Brazil, with more than 38 years work experience in various departments of the excipient division. Departments included: R&D, CQ, Production, and International Sales & Marketing at the Excipients division which eventually got acquired by Roquette America in September 2017 where he continued working under contract until June 2018.

Global TechServe is a consulting US company offering services on excipients, materials, co-processed, and active ingredients for pharmaceutical, food, and cosmetics.